Greetings from Fraser, Colorado, the Icebox of the Nation. Yesterday’s high at the top of the mountain was 10 below zero. Cold but breathtakingly beautiful. 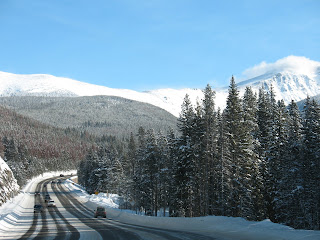 I just took a few hours to catch up on blog surfing (something I have a lot of trouble keeping up with under normal circumstances) and found Arts Addict’s recent post on the wacky things that go on in orchestra pits. Those of us who have spent time in pits always have stories to tell…

Like the production of Salome that called for full frontal nudity for a split second at the end of the Dance of the Seven Veils. I played the celeste in a downstage corner of the pit near the brass section and was perpetually amazed by the timing and coordination displayed by the musicians as they managed to play the last note and still stand up in time to peer over the pit lip before the blackout.

Like the crazy fog that furled over the edge of the stage and completely enveloped us every night during a run of My One and Only, making it impossible to see the music. They always promised to fix it, but we realized the only way to survive was to memorize the second half of the lamppost scene.

Like the 8 months of Cats I played – not in the pit, but in the 4th floor rehearsal room behind the theatre. See, the Cats scenic design spills out over the pit, and the musicians were relegated to the next block, where we literally phoned it in every night as our sound was piped into the theatre. It was a perk to show up every night in jeans and T-shirt, but it was a spooky feeling never to be in the same room as the rest of the show. (Actually, what was really spooky were the old Prophet V synthesizers. Each keyboard player had one in the room and a spare in the hallway, for they broke down regularly. Part of the job was unplugging the defunct unit, hauling it out of the room without making a sound, and plugging in a new one. No wonder I get hives whenever I hear Memory.)

Then there are those non-performance pit moments…

Like the time I ran out of the pit immediately following a piano dress rehearsal (that’s an opera rehearsal onstage without orchestra, with a pianist playing the entire score) to spend the next half hour praying to the porcelain goddess in the ladies room. (I was in my first trimester of pregnancy, with “morning” sickness a 24/7 phenomenon.) By the time I emerged, the pit was locked tight, and my purse with car keys inside was held hostage inside. I finally convinced a security guard to open up the backstage area, but neither one of us could get the lights on. So we stood on the edge of the stage with long spears from the Lucia production, fishing blindly in the pit for my purse.

And finally, the Cosi piano dress that still makes me squirm when I think of it.

The conductor was a brilliant and famous pianist, and he decided at the last minute to include the overture in the rehearsal. (This isn’t typical unless the overture is staged and has blocking cues in it. In this case, it was to be played before a closed curtain, so I didn’t think I had to get it “in my fingers” to play it. Uh, wrong.) In short, I mangled a Mozart overture in front of a pianist I revered. I had a more difficult time than usual because the grand piano wasn’t in the pit and had been replaced by a small upright piano that was far more difficult to play. (We ran out of the necessary crew time to get the grand in the pit.) The pitiful upright was also relegated to the far upstage corner of the pit, distancing me (woefully, but ultimately mercifully) from the conductor.

Some more background: During onstage rehearsals with piano, microphones are usually placed near the strings of the grand piano, piping the sound to backstage monitors so everyone can hear the accompaniment. This “feed” is also send to anyone on headset (stage managers, folks at the tech table, assistant director, etc.) I had forgotten that because I was playing an upright instead of a grand, the microphones were about 16 inches from me, pointed at the piano soundboard near my knees. As I massacred the overture, I began (uncharacteristically, I might point out) to curse under my breath. I knew the Maestro was too far away to hear me. What I didn’t realize was that the microphones were not.

The laughter started surreptitiously then got louder. I cursed more strongly, knowing that I was playing badly, but not so badly that my colleagues should be laughing at me. Of course, they were laughing not at my playing but at the venomous language spewing from the keyboard microphones.

Perhaps, in the next post, stories from the life of a backstage conductor. Bribes, threats, sexual harrassment, and improvisation. All in a day’s work. 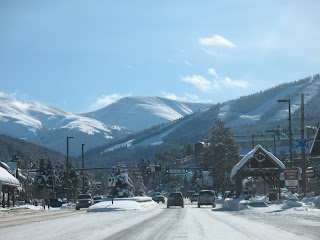