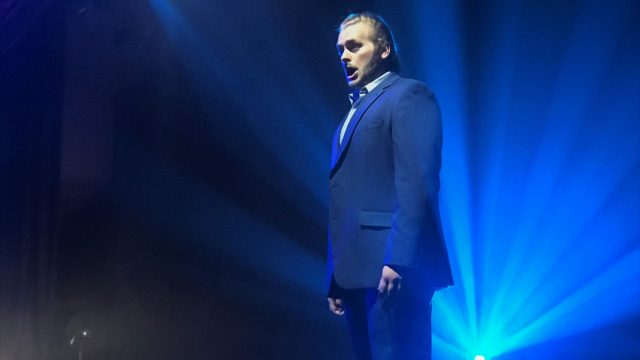 As is our usual expectation, Tamino came in first place with tenors this year. We heard Dies Bildnis 11 times total, but only once in round one. We asked for it five times in both round two and in the callbacks. Continuing with Mozart, Don Ottavio’s arias were almost an even split – we heard Il mio tesoro four times, three times in the second round and once in callbacks and Dalla sua pace 3 times, once in each round. We heard Tito’s Se all’impero three times all in round one, and ah! Se fosse intorno once also only in round one. We heard Belmonte’s Ich baue Ganz three times, once in each round. The only one off was Idomeneo’s Vedrommi intorno which we asked for in callbacks.

Tom Rakewell (Here I stand) and Male Chorus (Tarquinius’ Ride) topped the English offerings with four hearings each. There was one hearing each of more Britten in the form of, Hi, Sid! (Albert Herring), Miles! (Turn of the Screw), and Steady! There you are (Peter Grimes). The most modern aria we heard was from Elmer Gantry (2007) with Is Belief a Gift in round one.

The Studio tenor applicants, more than any other fach presented some really lovely song repertoire including Love went a’riding (Frank Bridge), Theology (Betty Jackson King), Till I wake (No. 5) (Henry Burleigh), When I Have Sung My Songs (Ernest Charles), and Zueignung (Richard Strauss).