Now that was something. 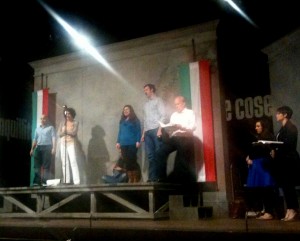 And just like that, it’s over. Years of writing, tweaking, editing, workshopping; and a few short weeks of rehearsing and performing. After tonight’s recording patch session (iPhone photo at left), and tomorrow’s load out to Boston Lyric Opera, we let go and let fly. And move on to three more operas in the next three months.

In the meantime, some half-formed thoughts as I sit in the theatre waiting for the engineers (thank you, Soundmirror for a wonderful week!) to load out…

What did we want? We wanted audience members of all stripes (the operatically savvy and the heathen kind [just kidding]) to enjoy themselves. To ultimately be glad that the two-and-a-quarter hours they just spent with us shouldn’t and couldn’t have been spent in a better way. And by that measure, we were wildly successful.

The perception that many people have that performers are egotistic, lazy, inconsiderate drama queens is more of a myth than anyone would believe. Sure, we have our outliers, but so does every corner of the world. I have rarely met such generous, gracious, hard-working people.

The almost giddy feeling that performing artists seem to get when given an opportunity to create something new is a palpable presence. Too bad our culture and industry don’t allow for more of this, for it certainly feeds souls.

What next? Of course, we want this opera to grow up and leave home. We want other folks to be able to laugh with and at these characters and to hear these words and this music. And, if there’s any justice in the world, it shall be so. But if not? The scores of people who were engaged in bringing this music to the stage were changed by the experience. They took things away that will inform every future assignment. A little bit of this month at Wolf Trap will live on in each one of them, just as each formative artistic experience always has a ripple effect. (My fatigue is making me a bit sentimental, but that’s not always a bad thing.)

Just when I think that too many opera-goers are hopelessly set in their ways and only want to see the Aida-Boheme-Carmens of the world, I get smacked in the face by someone’s raw enthusiasm for a new opera. And it comes from what might seem the most unlikely places.

Update 5/2/11: I would be remiss if I didn’t mentioned how reassuring it was to have more “grownups” around. No offense to the astonishly talented young artists we spend our summers with. (And yes, of course, you guys are grownups, too, but you know what I mean.) It was just lovely to spend some time with folks closer to my own age:))

Personally? I wouldn’t trade this wild and wonderful ride for anything, but I would love to figure out how not to lose my sanity in the process. Perhaps, as they say, that ship has sailed. (For Palermo, in this case.) But I am doggedly hopeful that I can learn from my mistakes; and I’m hereby going underground for two weeks, to resurface in mid-May, rested and clear-headed. Check back then, and I’ll take you along on our summer opera journey! 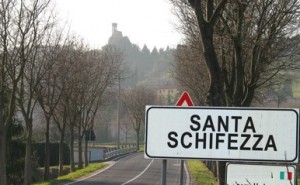 Photo courtesy of our Tancredi