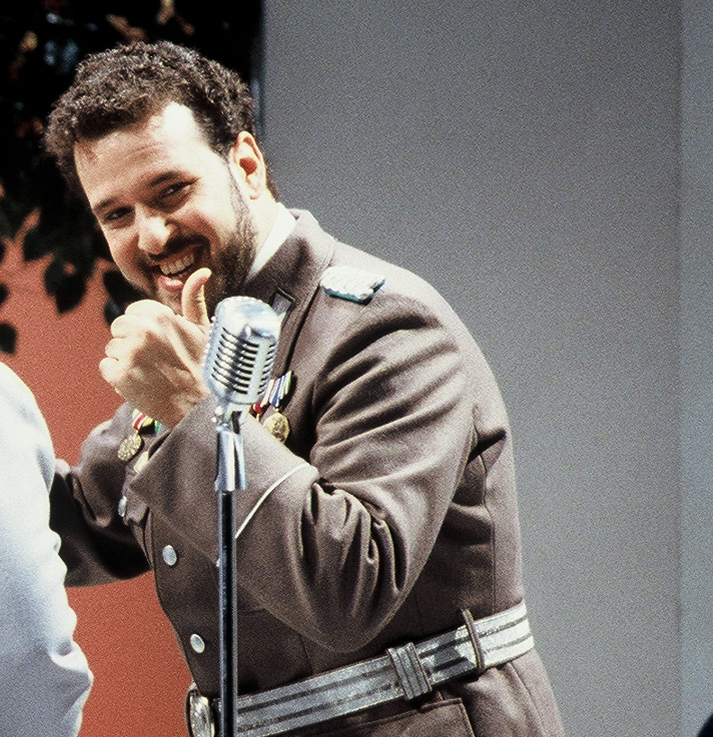 Oren is one of the new guard on our alumni concert, as his WTOC summers hailed from the early 2000’s. His Wolf Trap roles included Figaro in The Marriage of Figaro, Ariodate in Xerxes (at left), Quince in A Midsummer Night’s Dream, and Frank Maurrant in Street Scene. As memorable as his stage appearances were, I’m afraid that they are trumped in my memory by the episode with Willy Nelson’s chili. (Sorry, Oren:))

During his young artist years, Oren repeatedly tried to persuade me to produce Faust at the Filene Center. He never got his way, but he’ll get a bit of revenge on August 24 when he deliver’s Mefistofele’s Serenade.