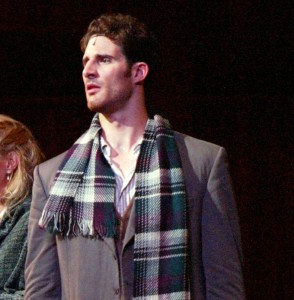 James sang what was to become one of his signature roles at Wolf Trap in 2004; Rodolfo in La bohème. In another first for the WTOC, that Bohème represented our first cover-to-cover full opera done with the National Symphony Orchestra.

When James returns to the Filene Center stage on August 24, he’ll sing the anthem of the bad boy Duke of Mantua from Verdi’s Rigoletto, and then be joined by Mary Dunleavy, Denyce Graves and Richard Paul Fink for the ensuing quartet.