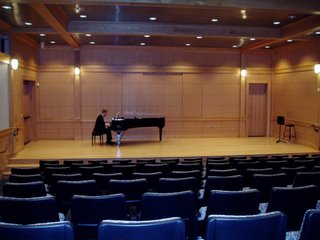 Audition comments are back. Mostly because blogging is taking a back seat to my actual work, on which I am woefully and almost irretrievably behind.

Photo at the left from a break during Friday’s chorus auditions, which went very well, thank you!

Comments are excerpted but unedited, randomized so that they’re anonymized. (I know that’s probably not a word, but the other day someone asked me to “calendarize” an appointment, so anything goes…)