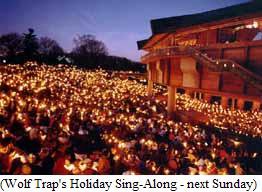 Feeling a little more human after a few days off. It always takes longer than I think it should to regain some sort of equilibrium. I am, however, getting much better at finding balance in my life over the last few years. Middle age has its benefits.

As of this weekend, all singers who auditioned for us have been notified as to the results of their auditions. If you auditioned and haven’t heard from us yet, send us a message.

We’ve identified 29 singers as finalists. Over the last few days, we’ve begun to get in touch with a few of those people in order to discuss possible repertoire and role assignments for next summer. We don’t choose our operas until we’ve heard the auditions, so the process of deciding which operas are the best vehicles for this group of people is a bit like a series of interlocking puzzles. The really sick thing is that I detest puzzles of all kinds. (My husband is a crossword & Sudoku fan. I consider them a step away from torture.)

We have a temporary sketch of what next summer might turn out to look like. (Sorry; it’s the one thing I can’t share in this forum until it’s finalized, and there are many steps to go until we get there.) As I speak with our finalists over the next two weeks, we’ll determine if the current scenario will hold. Right now it comprises 54 different assignments spread out over 13 weeks – roughly 19 featured roles, 20 supporting roles, and 15 recital and concert assignments. The challenge is to disperse those 54 assignments among 15 or 16 singers, making sure rehearsals and performances for different projects don’t overlap, each singer has a chance to sing both featured and supporting material, and the assignments are tailored to the strengths of each artist. Sudoku is starting to look pretty good.

If you’ve followed any of this math, you’ll realize that almost half of our finalists won’t receive final offers for next summer. That’s one of the toughest things about this process. It’s truly not possible to take the best 15 singers without paying attention to the way the casting process begins to narrow the repertoire. The Fach system is very specific, and every year there are people we’d like to hire that we are unable to find the right roles for in any given year.

This Year’s Finalists – A Snapshot

I hear (secondhand, of course) a lot of complaints about what some singers feel is a closed system. The impression is that we only hire singers from the big young artist programs (at the Met, or Houston Grand Opera, for example). While it is true that each summer we choose a few people from these and other young artist training programs, the singers we choose are a pretty diverse group. There’s a sizeable contingent of finalists from these “Big House” YAP’s, but the vast majority of them are people we began to follow before they were accepted into those programs. Trust me – it would be easier (if much less effective) to just handpick some folks from the high-profile training programs and not have to travel all over the country every fall. But that’s not our goal.

This year’s finalists – an overview:

My daughter and I are Rent-heads, and we took the whole family to see the new Rent movie the day it opened. If you’re not familiar with Rent, all you need to know is that its basic subject material is the same as the source for La bohème. (So I guess this isn’t truly off-topic.)

I won’t force our response to the movie on you, but I have to say a few things.

First, all young sopranos who sing Musetta’s Waltz should really spend some time listening to “Take Me or Leave Me”. An infusion of red-blooded exhibitionism that some Musetta’s could use. “Every single day, I walk down the street, I hear people say ‘baby so sweet’. Ever since puberty, everybody stares at me – boys, girls, I can’t help it baby.” Really not so far from Quando m’en vo’: “When I walk alone down the street, people stop and stare at me…”.

Second, Jesse Martin was a revelation as Collins. Couldn’t take my eyes off him. A bit unfair, for unlike most of his Broadway colleagues, he has the advantage of having spent much of the last 10 years in front of the camera. Too bad Colline doesn’t have as much raw material. Basses, work the subtext.

And last, it’s so weird not to applaud in the movie theatre. (I would’ve but didn’t want to embarrass my teenage son.) We did stay and sing along with the credits, though.

Went shopping on Black Friday for the first time in my life. I’m pretty much mall-phobic, but I jumped at the chance to spend the whole day with my daughter who’s home from college. Did manage to buy a red sweater to wear when I co-host next Sunday’s Holiday Sing-Along at Wolf Trap. (Said daughter refuses to allow me to wear anything with large Christmas trees or Santas imprinted on it.) But the most interesting thing I learned is that all the hippie clothes we wore in the 60’s are coming back in style. If I had kept any of them, I’d be an Ebay millionaire.

Some Perspective for the Audition Season