What does your audition aria look like from behind the table? Singers worry endlessly about the extent to which they can move in an audition situation.

Should You “Block” Your Aria?

Well strictly speaking, no. You shouldn’t perform your audition in the same way you would approach a staged performance. But the exercise of staging your scene has potential to teach you things about it from which you will benefit even when you’re standing in one place. So go ahead and play with it – work with a directing coach, explore some options yourself. Then figure out how to make it seem as vivid without traveling all over the room, without furniture, and without props.

One Step Left, One Step Right…

Please don’t pace. I know how hard it is. I don’t sing, but when I give lectures, I have an extremely hard time keeping the pacing down to a low roar. It’s extraordinarily difficult to turn off the auto-pilot and stand in one place. But learning how to do it is worth its weight in gold.

That doesn’t mean you can never take a step. If your gestures and movements are purposeful (as opposed to random and/or nervous) and completely integrated with the music and the character in both in quantity and quality, then by all means, take a few steps now and then. Change your focus. But don’t pace. If you have any doubt, ask any unbiased observer to tell you whether or not you are pacing. Or make a video and watch it with the sound off and the action speeded up.

Thre’s absolutely nothing wrong with operating within a small area if it’s done well, But until you can skillfully incorporate purposeful changes of location into your audition, best to stay put.

(Corollaries: Whatever you do, don’t stray so far that your pianist loses contact with you. And don’t get closer and closer to the audition table – it’s a little creepy and it’s dysfunctional, for we need to hear what you sound like from at least a few feet away.)

It’s very difficult to talk about this out of context, but I think I can best contribute by describing the three types of movement that don’t work.

1. Technical. Don’t conduct yourself. Don’t remind yourself about what you need to do in the passaggio by miming through it with your hands.

2. Random. If your arms look as if they belong to someone else, and their movements are not integrated in any way with what you’re communicating, we have a problem. So often we see singers whose bodies seem to be completely disconnected from their voices. This is a larger issue, and one that should concern almost everyone. Take every opportunity to work with movement specialists, dancers, and anyone who can help you own your physical space and be comfortable in your own skin. This skill is difficult and surprisingly uncommon.

3. Semaphoric. In which you look as if you’re landing an airplane, performing ASL for the hearing impaired, or playing charades. Relax. We don’t want to straight-jacket you, but showing what the aria is about in your voice and face is always preferrable to having it mimed for us, and being simple and still can be extremely powerful.

It’s a sliding scale. I’ve seen plenty of kick-a** auditions that go much further in physicality than I would have advised, and I’ve seen other unsuccessful auditions that fall well within what we would consider normal limits. Just about the time I figure out where I stand, I change my mind because someone will give a totally successful audition by doing something I didn’t advocate.

Just be aware that if you make a bold choice, it will invariably be intriguing and exciting to some panels and off-putting to others. Believe in it, and be ready to take the credit and the blame. 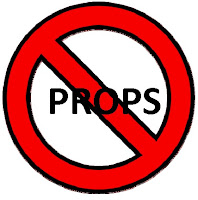