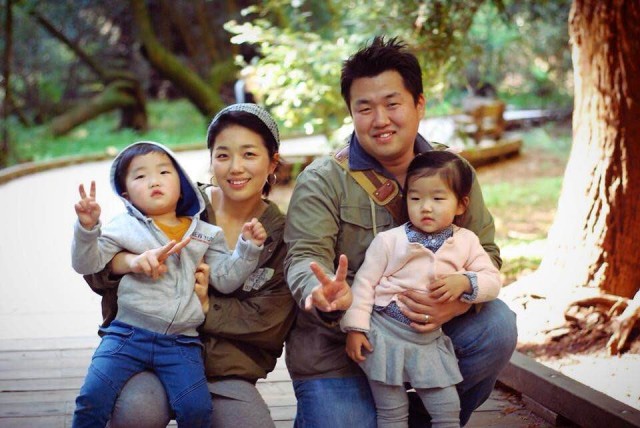 During the 2015 season, the blog will feature interviews with our Filene Young Artists. Today, we hear from baritone Joo Won Kang, Sharpless in Madama Butterfly.

It was quite recent. I came abroad to this country to get a masters degree, and my plan was to go back to my country and teach. I knew I was talented, but I wasn’t sure if I could be a professional singer. While I was studying in New York, I had the opportunity to do auditions, got some good results and began to realize that I need to and want to pursue this career.

I would probably have been a teacher or worked in a theatre. Or, since I love cooking, I might have been a chef.

I love any kind of music, especially symphonic music. There’s some music I listen to all the time such as Brahms Symphony No. 1, Rachmaninov’s Piano Concerto no 2, and Beethoven’s Symphony No 7. I also love theatre, and I’d love to be an actor.

This summer I will be singing Sharpless in Madama Butterfly. I am so grateful to have the chance to sing this role, and it is such a great opportunity. Sharpless fits me really well vocally, and also I have a very similar personality to his. But I actually never thought I would play this role in my life.

This role is usually interpreted by Caucasian singers as a representation of an American ideal character. So for me to play this role is very unique, and I am very very excited! Since I am not an American, I have a chance to offer a new interpretation. If Sharpless were an American of Japanese descent, I think he would have more sympathy for Butterfly since they wou;ld share an ethnic heritage. I am really thrilled to sing this role.

When I bring my own interpretation to a role, and when it comes together in a production, I think it is the most exciting and creative thing. During the rehearsal, I get many ideas from directors, conductors and other singers as well. I love seeing those brilliant interpretations during the rehearsal period; when we combine them, I think it is my favorite part of doing rehearsals.

It is traveling for me. It has been never easy for me to be away from my family. Sometimes I have had to miss things like my wife’s birthday, anniversaries and my kids’ performances. But I am a very lucky man. My family understand what I do and the are truly supportive. And also technology (Skype, Facetime…) saves my life a lot!

In my experience, I believe that people are excited and touched by human voices. And opera is about the human voice. No matter what the opera, enjoying the incredible human voice should be the main reason for hearing it.

Rigoletto. I am still preparing and waiting for it. It has almost everything I want in opera. Not only does this role have beautiful music, but the character is so complicated that I feel almost it contains all possible extreme human emotions in one role.

There are quite many idols and heroes I look up to.The great pianist Warren Jones inspired me the most to be an artist (I am still trying to be an artist), and Bryn Terfel is the singer I want to be. I want to have a heart like Eric Owens, and I hope my career will be something like Matthew Polenzani’s.

If there is any chance, I would love to see Verdi and ask him about so many questions. Of course I love his music, but I also love the characterization in his operas – especially his use of baritones. I also want to meet Schubert and sing his beautiful songs. He might write a song for me… who knows?

Going back to Wolf Trap is really thrilling. I had my best summer so far last year when I was here. I also look forward to being on stage with my family.  [Editor’s note: Joo Won’s wife and two children will be supernumeraries in Butterfly!]