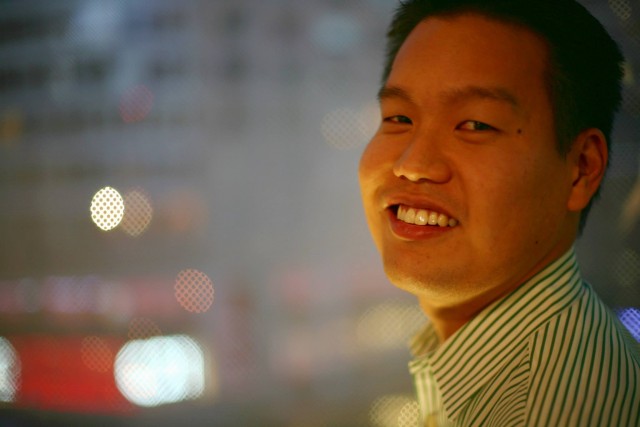 The job of a Collaborative Pianist in the opera biz is a fascinating one. Today, we feature an interview with Edward Kim, one of our two 2015 Coaching Fellows!

People are often confused about exactly what a “vocal coach” is. How would you describe what you do?

This question is perhaps better answered in terms of things we don’t do! I think the main job of a coach is to act as a second ear for singers: simply telling them what we hear and experience in the moment, I’ve found, is a huge asset to them. After that, we supply as much musical, textual, contextual, and technical knowledge as desired to help our “coachees” get to the next level, which will be different based on each circumstance. I also think it’s important as a coach to nurture confidence without being disingenuous or simply telling singers what we think they want to hear. Being honest does not have to be a mean, scary thing!

When did you begin playing the piano, and how did you transition into collaborative piano?

I’ve taken piano lessons since I was four, but didn’t pursue music professionally until I was 23. I always enjoyed chamber music much more than solo piano (too much responsibility on your shoulders as a soloist!), so when I decided to study music full time, it was an easy choice.

Because singers’ bodies are literally their instruments, there is an added layer of vulnerability in performing that pianists and other instrumentalists can never quite understand. But when both the singer and I trust each other enough on stage to abandon ourselves completely to the moment and let go, that vulnerability is transformed into something transcendent. I have never felt that in any performance situation, except with singers. Those are the kinds of experiences that make collaborating with singers so special for me.

Getting people to understand what it is I do! There are so many moving parts to opera, and pianist-coaches inevitably end up straddling several different aspects at any given time. It’s hard to adequately describe to non-opera friends what my job actually is.

I would like to think I would have done something else involving travel and meeting many different kinds of people. I was preparing to go to medical school while I was in undergrad, and the idea of working as a traveling doctor along the lines of Médecins Sans Frontières always appealed to me. Realistically, though, I probably would have settled for something boring and practical.

I grew up with folk inspired sounds of the 60s, and I still love Simon and Garfunkel, Peter Paul and Mary, the Everly Brothers, and the like. I also love jazz, and wish I could actually play it instead of just faking my way through. I’m also really getting into film music these days! In recent years, the scores to Inception, The Theory of Everything, and Gravity have all blown me away. Honestly, though, after a long day of coachings, rehearsals, and performances, nothing beats trashy pop on the commute home–Ke$ha is a particular favorite.

I love how an opera production starts with so many seemingly strewn parts that somehow all come together in the end. Each time we add another dimension on the way to the final product, it’s very exciting for me.