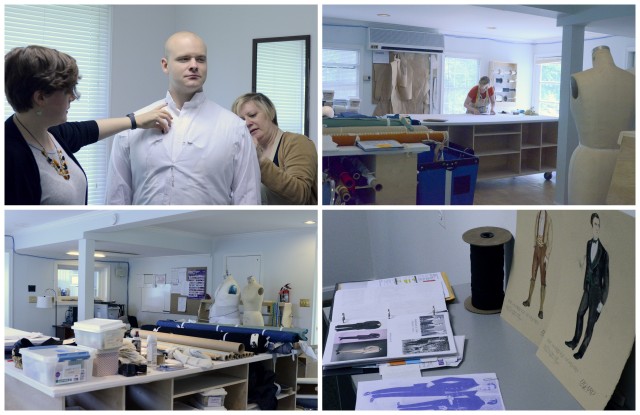 If you’ve been to Wolf Trap, you might’ve seen the house on the hill next to the parking lot of The Barns. It was one of Mrs. Shouse’s (Wolf Trap’s Founder’s) residences, and she still lived there during the summers I was on WTO staff as a coach. She hosted picnics on its patio, and there were even occasional gatherings (some official, some not…) at the pool next to the house. 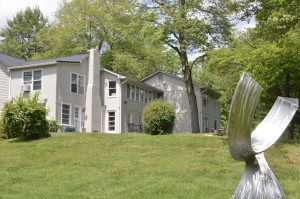 For a brief time after Mrs. Shouse passed away, some of the Wolf Trap Foundation’s offices were located in “Shouse House” (which was painted a brilliant blue in those years:)). But when the Foundation office spaces were centralized in the Center for Education, the house became a rental property.

All of that changed this spring, when we moved our costume shop operation into the house on the hill. After having spent decades sharing a tiny basement space with the green room and chorus dressing room space, our dedicated costume staff now has a workspace worthy of their efforts.

We are always fortunate to feature the work of Sue Chiang and her talented team in our original productions, and we look forward to visiting them in their new house – especially on their legendary potluck days :)