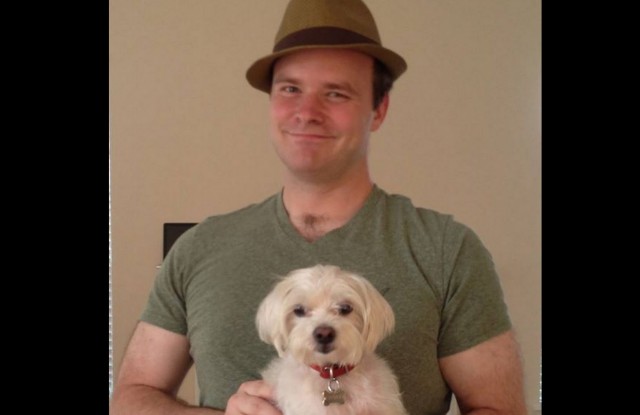 During the 2015 season, the blog will feature interviews with our Filene Young Artists. Today, we hear from bass-baritone Thomas Richards, Figaro in The Marriage of Figaro, and a cast member of Steven Blier’s Rodgers Family concert.

I made the decision to pursue singing seriously when I was in college and I spent a summer studying abroad in Vienna, Austria. While I was there I saw almost an entire season of shows at the Vienna State Opera. I would get standing room tickets for 4 Euros. I saw some of the greatest singers in the world on that stage and the abroad program I was in was my first expose to a big community of musicians and I really felt like it was a community I wanted to be a part of and an art form I wanted to be a part of.

I would have most likely been a lawyer or a professor of political science. I attended George Washington University for my BA and when I started I was a political science major but I eventually added a music major.

I started out singing musical theatre in high school, and I’m always happy to go back to my roots.

For me the biggest challenge of this role is to be likable: my look and my voice type tends to steer me in the direction of playing a lot of villains. I have been told that I do “scary” and “angry” very well.  So Figaro, as the protagonist, is really my first opportunity to be a good guy.

The first music rehearsal (usually the very first rehearsal) is always an extremely satisfying event: all the time spent alone at a piano trying to make sense of the music and the text, and imagining what it will sound like with other vocal parts can get quite tiring. But then when everyone arrives and starts functioning as a cast its great to rediscover the music as it was meant to be sung.

Being a singer is hard mostly because its so unsettled. I’m always traveling, I’m always trying to figure out what I’m going to do next and how I’m going to get there. It makes it hard to keep up relationships with people. But then again, I get to meet all kinds of interesting people and travel all over the country and the world.

I think the world of opera (especially in the US) is constantly under threat from a lack of funding. This is the cause of many problems just relating to the industry’s survival, but at the same time it forces us to be creative and efficient and to really produce a high quality product. But all the same I wish the US had a state sponsorship role in opera like European countries.

People are often very interested in the acoustic nature of the art form. It’s the reason why singing in opera sounds so different from modern vocals. We rely on our own muscle power to be heard over an orchestra and it makes our job have a lot of similarities to athletics in how to train our bodies and develop stamina.

Wotan—king of the gods. How could that not be appealing?

I would love to meet Mozart. He was a truly unique genius and he also seems like a guy that would be a lot of fun to go get a beer with.

I’ve wanted to work for Wolf Trap for a long time: the company has a reputation for being well run and staffed with very nice people.  And to be here doing a title role in a masterwork opera is pretty amazing.  I also really like the DC area, I will be glad to revisit a city I got to know in college.