A guest post from my colleague Lee Anne Myslewski 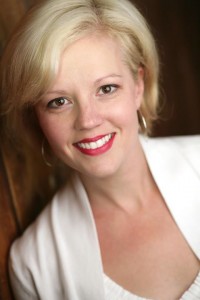 I said I would write this blog post. I had a great idea and everything! But boy, am I struggling to put it into words. You see, I want to talk about youthful enthusiasm – it’s one of those things that, as a company, we have in droves. But it’s also something that, personally speaking, I have less and less of as each year ticks by. (Funny how that works…)

So, how to talk about it? I know! Liken the Wolf Trap Opera Company to a vampire! Vampires are cool (well, they were…although that could’ve been so ten minutes ago. But bear with me.), they’re ageless and they feed off the lifeblood of young, attractive people!

(Hmmmm… Well, that’s not a very flattering spin, if I think a little more about it…)

In some ways the visual holds water: We traffic in highly talented, exuberant artists. And we give them big opportunities… opportunities that, for some of them, can result in big career moves. They’re at exciting times in their lives, making crucial decisions about their artistic selves and voices; they’re figuring out how to navigate this tricky (and shrinking) field. We’re happy to get behind them, support them, serve as sounding boards and shoulders on which they can vent.

But we’d be fibbing if we said all this support it’s 100% altruistic. You see, the three of us that are in the office all year round? Well, we look forward to May like some folks look forward to Christmas. For, as well as we work together, as much as we enjoy each other’s company? We LOVE that heightened sense of energy that the summer brings. Long days? No problem. Seventeen million things to do? Bring it on. Crazy, unpredictable personalities? YES. Because the energy and the art-making are the things that light our fires, that keep us invested in working through those cold, wet, gray February days. In many ways, that operatic adrenaline IS our lifeblood… so the vampire analogy isn’t terribly off base.

But rather than comparing the Wolf Trap Opera staff to the cast of Twilight (since I’m not actually able to do so, as I’ve not read the books or seen the movies. For shame.) let me instead tell you about some related interactions that I’ve had in the past few days that have made me excited for the summer.

Firstly, we have an eager, opera-hungry volunteer with us this spring named Sam. He is into opera the way I was when I was a student – totally, completely, borderline fanatically. Sam will start his studies at Rice University in the fall, but in the meantime he’s spending some quality time with us researching and translating and formatting supertitles. He’s stationed in our library, and has been taking full advantage of our collection of cds and dvds (with some sage guidance from fellow volunteer John Feather) to continue his studies. Watching him discover recordings and singers, and listening to him talk about them is exhilarating – not just in a Rip Van Winkle, “I remember back in the day…” kind of way, but in a manner that reminds me of how excited I was to discover an amazing voice, an incredible art song, a definitive rendition. And Sam is also a reminder of all the best reasons that I got involved in this crazy field in the first place: a love of beautiful music, of compelling performances, and of sharing those stories with others.

Secondly, I had the opportunity to talk about auditioning with some students at American University on Sunday. It was a two hour class, and it flew by – I’m not sure who had more fun, me or the students. (Actually, I’m pretty sure the winner was me. It was a blast.) I blabbered, and they took notes, overlooked my awkward stories and asked fantastic, thoughtful questions. The three ladies who performed mock auditions were well prepared, flexible and quite gracious. They incorporated my suggestions on the fly, with good humor and seriousness, and seemed to make genuine connections quickly and deeply. And again, I was struck by the sense of passion, of excitement, of possibility that seemed to charge the air in the room.

So, to Sam and the students at American University, thank you so much for giving me that infusion of lifeblood that I so desperately needed to tide me over until summertime. (I hope that you’ll let Wolf Trap Opera return the favor by joining us for one of our performances this summer!)