There’s a point each summer when folks – patrons, colleagues, friends – say, “What’s wrong? You haven’t updated the blog in OVER A WEEK!”

It’s like the crazy Christmas season years ago when my husband and I decided we didn’t have time to put the requisite tens of thousands of lights on the house. A worried stranger knocked on the door and asked if we were all OK – thought that because we hadn’t decorated the house, someone must be sick.

We are all fine here at WTOC, but this last week was a struggle. No surprise – we saw it coming. Ulysses performances, Instant Opera week at Theatre-in-the-Woods, Steve Blier’s residency and Pursuit of Love recital, and the approach of Boheme tech week. It was all marvelous, but it consumed all available waking hours, with no time to tell about it!

This is our day away from the theatre, ceding the stage to Pat Benatar and Blondie. We reoccupy tonight at 12midnight, and it’s nonstop from there till Saturday. I offer in these few quiet minutes a catch-up posting.

If our singers ever doubt that they’ve come to work in a National Park, those thoughts are erased by their first trip out to the Children’s Theatre-in-the-Woods. They hiked along the stream every morning last week, and presented 5 world premiere operas written by the children of the Theatre-in-the-Woods and brought to life by the Wolf Trap Opera Studio. These amazing singers were armed for improv battle by Your Friend and Mine Jim Doyle, joined by Pianists Grant and Jeremy, supported by Super Judy and Super Amra, and cheered on by coach Eric. 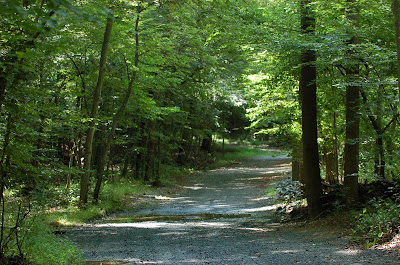 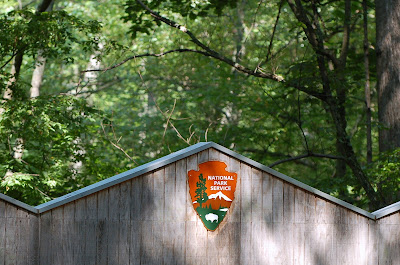 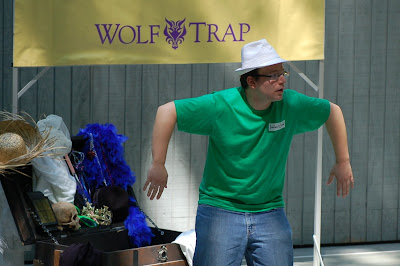 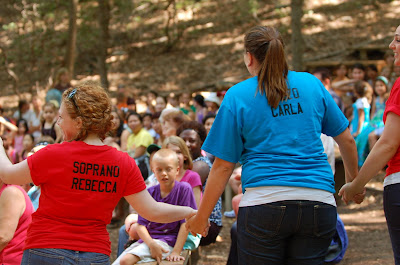 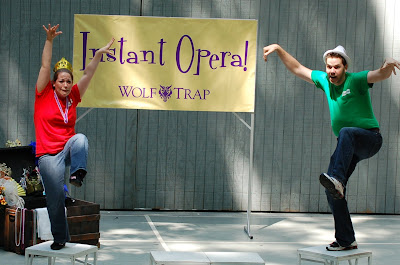 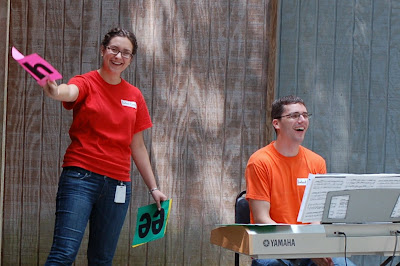 Steve worked his magic (and no, that’s not a euphemism) last week, and brought a slightly atypical program to The Barns. The Pursuit of Love wasn’t structured like most of Steve’s recitals – rather, it gave each of its four singers a chance to sing a complete set/cycle of songs (by Villa Lobos, Grieg, Granados, and Gabriel Kanahane), and then featured all of the singers in quartets. In the midst of an intense rehearsal week he also found time to chat with our donors and lead a master class with some of the Studio Artists. And, of course, the journey home (a needlessly epic 12-hour trip from Vienna to New York) yielded the annual brainstorming document with ideas for next year’s recitals. Six of them. (Six ideas, not six recitals. Even though I tried:)) 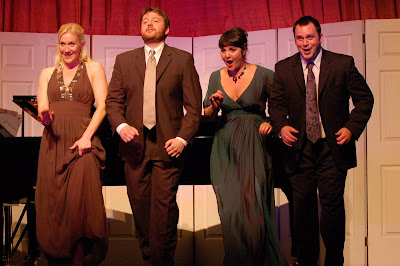 We are now exclusively on the Boheme train. A few shots from the last room rehearsal and this link to the promo will have to do for now! More tomorrow. I promise. 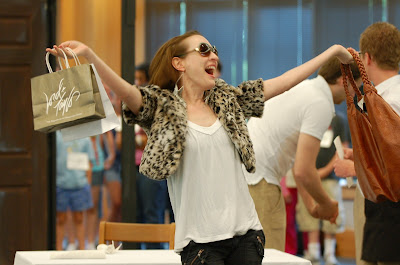 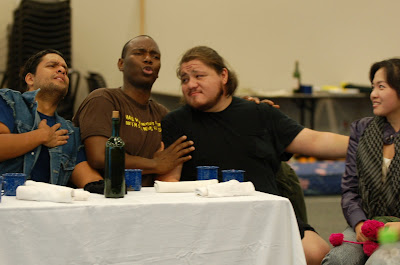 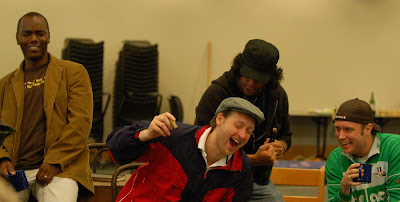 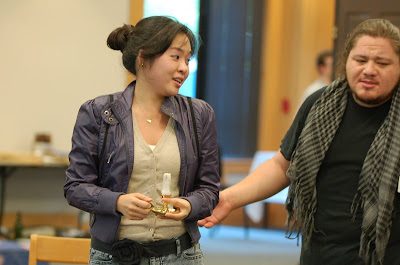