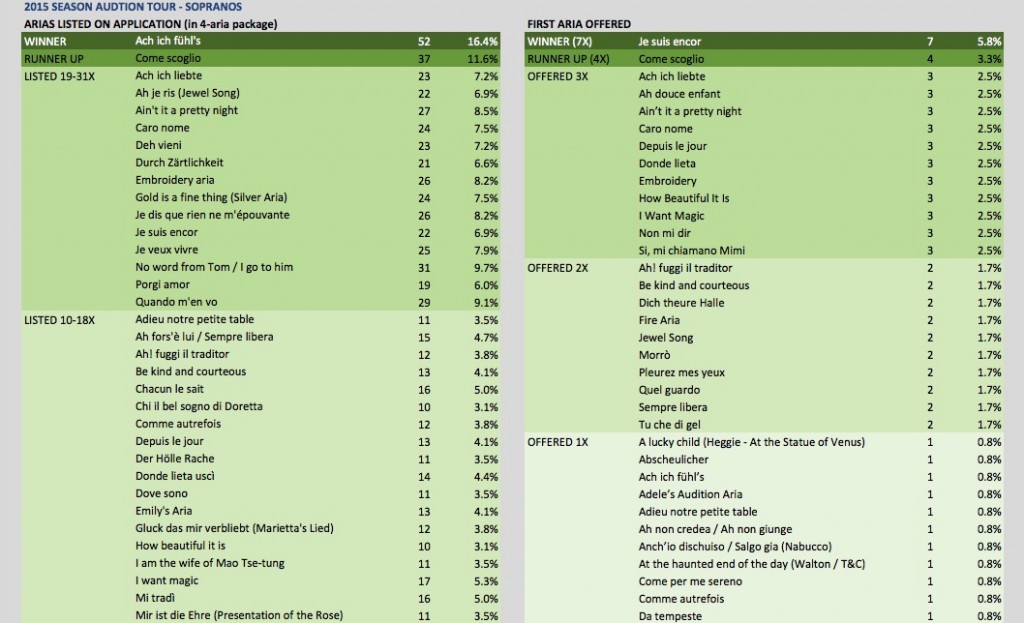 OK, you’ve all been very very good this year, so Santa is bringing you exactly what you wanted.

That’s right – this fall’s ARIA FREQUENCY LISTS are finally uploaded. Head on over to the Aria page if you are nerdy enough to want to compare this year’s against previous seasons’ lists. Or just scroll down to get this year’s data.

For those of you who are uninitiated in the ways of the Beautiful Annual Aria Data Dump: During each year’s audition tour, we keep track of how often various arias are listed in each applicant’s 4-aria package (the stats on the left of each list) and how often each aria is offered as audition opener (shorter list on the right.) We allow singers to change their rep, so occasionally you’ll see something on the right that isn’t listed on the left.

I hope you’ve survived audition season with your dignity, budget and sanity intact. I know it’s not easy. We offer congratulations for the journey and best wishes for whatever you might celebrate at this time of year. Here’s hoping that there’s at least a little relaxation and rejuvenation in your next few weeks!