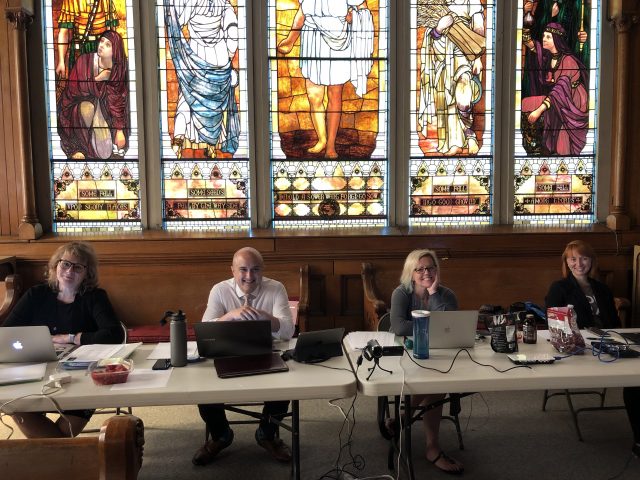 Four audition days in the rearview, eleven to go.

Random observations on auditions so far, shared from Terminal B at CVG airport, where we were deposited by a chatty Uber driver, where I can’t find a water bottle filling station (3 for 3 airports so far… what the heck?), and where we are over an hour early for our flight (as per usual.)

The Fairy Godmother’s aria from Cendrillon seems to have replaced Manon’s entrance aria as the preferred French vehicle for coloratura sopranos.

Wolfgang tells no lies. I know that not everyone sings Mozart. But chances are, if you do, and if you include a Mozart aria on your list, you have provided us with a brilliant tool. Sometimes it provides reassurance that you’re on top of your game, technically and artistically. Sometimes it telegraphs the work yet to be done. (Which is not inappropriate, given that we are a young artist development program. So don’t panic.)

So if you find yourself on the other side of our Mozart diagnostic, you’re not alone. Sie wurden ausgemozartete (ausgemozarteten?)

If singers could be magically transported to our side of the table, listening in on a panel discussion in a typical competition or audition, they would probably be reassured. Of course, there’s usually agreement on critical and obvious issues. But beyond that, there’s a comforting degree of variation of opinion and taste. That’s what makes art interesting.

Because of the “Do you hear what I hear?” debate on the interwebs earlier this year, we’ve begun referring to those moments as Yanni/Laurel phenomena. (Google it if this makes no sense.:))

And finally, an old old admonition. Please check your résumés for spelling mistakes. I know, we’re not hiring you to write copy, we’re hiring you to sing. But spelling operas, composers, roles, and colleagues’ names wrong is distracting. We all make errors. But your résumé is a symbol of your career; get multiple sets of eyes on it to clean it up.