BY R. B. SCHLATHER, DIRECTOR 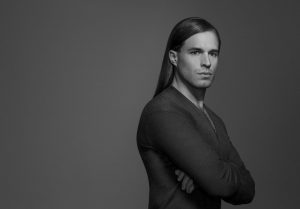 The  starting point was  fairy tales, both in beginning a conversation with WTO Director Kim Witman about staging this double bill and in my own biography.

As a kid I was obsessed with fairy tales. I loved that in their pages were supernatural animals, exotic foodstuffs, mysterious woods, and witches with magical powers. (As I am writing this,  I find it funny that The Juniper Tree has almost all the elements that enchanted me as a child.)

I was also enchanted by Philip Glass as a child. My mom introduced me to his music as film scores, and I understood immediately it was unlike anything else out there.

Thirty or so years later, I’ve now directed a couple of Glass operas, and have even hung out with him a few times. I am also a married man, something I never anticipated when I was a child. And that came with a real learning curve!

So I started with a deep emotional connection to these two operas, one a fable about a hot-headed bridegroom who rejects his bride as foolish then comes to know himself as the true fool, the other a fantastic story charting a boy’s heroic journey from birth to death to rebirth and reunion with his family.

But the more time I spend with them the more I am overwhelmed by the essential theme they share. They are both about family relationships. And both stories teach that the fears that can suddenly erupt, cruelly and violently, within a family dynamic can be overcome. And that one can profoundly recreate one’s self and in that renewal subjugate evil. This didactic metaphor is universal, uplifting for both an adolescent uncertain of adult responsibility and an adult who feels unsafe in a changing world.

The starting point for the design became questioning how to make visible these tales in The Barns. What would be an extreme way to realize them, to express their musical difference, and also to present families onstage that are relatable despite being fictitious? A lot of Google image searches, cardboard, and velvet later, we’ve arrived: one space playful and comic for the rapid-fire yet profound Bastianello, the other lustrous and dreamlike for the dark and deeply human Juniper Tree.

I think living in the world right now comes with a lot of fear. These two operas, in which people are led to violent acts because of deep fears about other people, and where fear is ultimately mastered and dissipated, are consoling and instructive. May these fairy tales teach us that we must go forward into the world with compassion not fear.