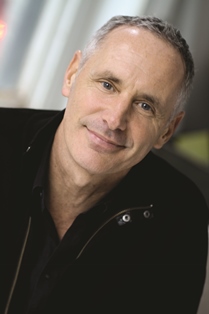 There are many variations of the folktale that inspired my libretto for Bastianello — and in Italy there seem to be as many versions of it as there are of pasta. Nearly all of them involve a man who leaves home in search of people more foolish than those he is about to share his life with. Some are more farcical and preposterous than others; some end with a lesson about marriage and family, while others don’t. All are told in third person — in true folktale fashion — and many are only about a paragraph or two in length.

Among all these retellings, one version immediately stood out: the one in which a man mistakes the reflection of the full moon in a lake for the face of his wife, who had drowned there after the couple argued. That felt instantly and resonantly operatic to me, and it became my way into the story. It also helped establish a theme for the opera:  A successful marriage often begins with the understanding that one’s partner is human and fallible.

The writing of the libretto was driven by that theme — and also the exigencies of the original commission, which stipulated that the cast could number no more than five performers and that the opera would be performed in a concert hall (hence without a real set). However, necessity is the controlling, domineering, but ultimately liberating mother of invention. So, I created a narrator in Bastianello the Younger who helps guide us through the story — and, as we later learn, is actually a part of it. I also created distinct characters that would be easy to double- and triple-cast so the story would feel more populated; that concept, born out of necessity, also contributes to the narrative’s improvisatory nature, which evokes the commedia dell’arte.

Of course, Bastianello is an opera. And any story in an opera is only as good as its music. John Musto’s music brilliantly gives voice to the loopy emotional landscape of the story and dances agilely with its comedy. But in that very moment of madness by the lake, the moment that engendered this opera, it stops and asks us to cherish love in our own lives.