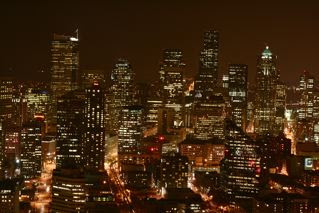 We’ve only been in three cities so far, but there’s been a surprisingly lack of trends in first aria offered. Only 4 arias have been offered by more than one singer, and they are not the ones you’d expect (even though they are all soprano arias): Fire Aria, I Want Magic, Norina’s Aria, and Manon’s Gavotte. No repeats at all in other voice types.

If you’ve followed aria frequency lists in previous years, you’ll recognize that so far we’re not conforming to previous trends. I’m curious to see if this turns around, or if this will be an unconventional year.

Sad, but true. This is of the worst times of the year for singers, with the possible exception of spring allergy season. We escaped it while we were south, but today, in our first day up north, we had 5 cancellations. I know how tough it is to get and arrange auditions, so I know that people don’t cancel lightly. And since everyone in the business advises singers (wisely) not to perform sick and apologize for themselves, cancelling is often the only sane choice.

I did the old fart thing and stayed at the hotel working last evening while Rahree and CameraMan explored Halloween in Seattle. Today’s photo credits, as will often be the case throughout this tour, belong to CameraMan.