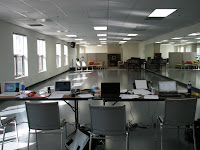 Today’s singing was heard in a lovely small rehearsal studio at the LA Opera Costume Shop facility. Pretty easy to listen in, with lots of natural light, and a helpful sign (not by us, but we approve) on the wall outside:

Where Do These People Come From?

The first in a series of regular postings listing the universities and conservatories from which this year’s auditionees hail. If you’re considering a career in opera, and you’d like to know where the schools are, this might be of interest.

In each city there are a few people who travel from other parts of the country because they have a date conflict with our auditions in their home area (for example, someone from DePaul traveling to Houston because the Chicago audition date was inconvenient). I’m not listing those outliers, but rather the schools that line up geographically with each part of the country we visit. I’ve put an asterisk by the ones that show up with more frequency.

From the Houston auditions:

From the Los Angeles auditions:

And of course, we had auditions in Houston from members of YAPS in Dallas, Orlando & Houston; and in Los Angeles from the LA Opera YAP.

Our beautiful southern California day ended with a lovely meal chez JW, including WT friends in town for the current mainstage rehearsal period for Boheme. 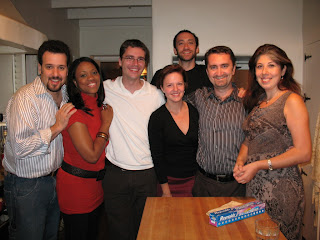 I’m pretty fried after three straight days of singing with a flight from Houston-LA sandwiched in the middle. Looking forward to a perfectly luxurious day of travel only tomorrow (to Seattle) :)